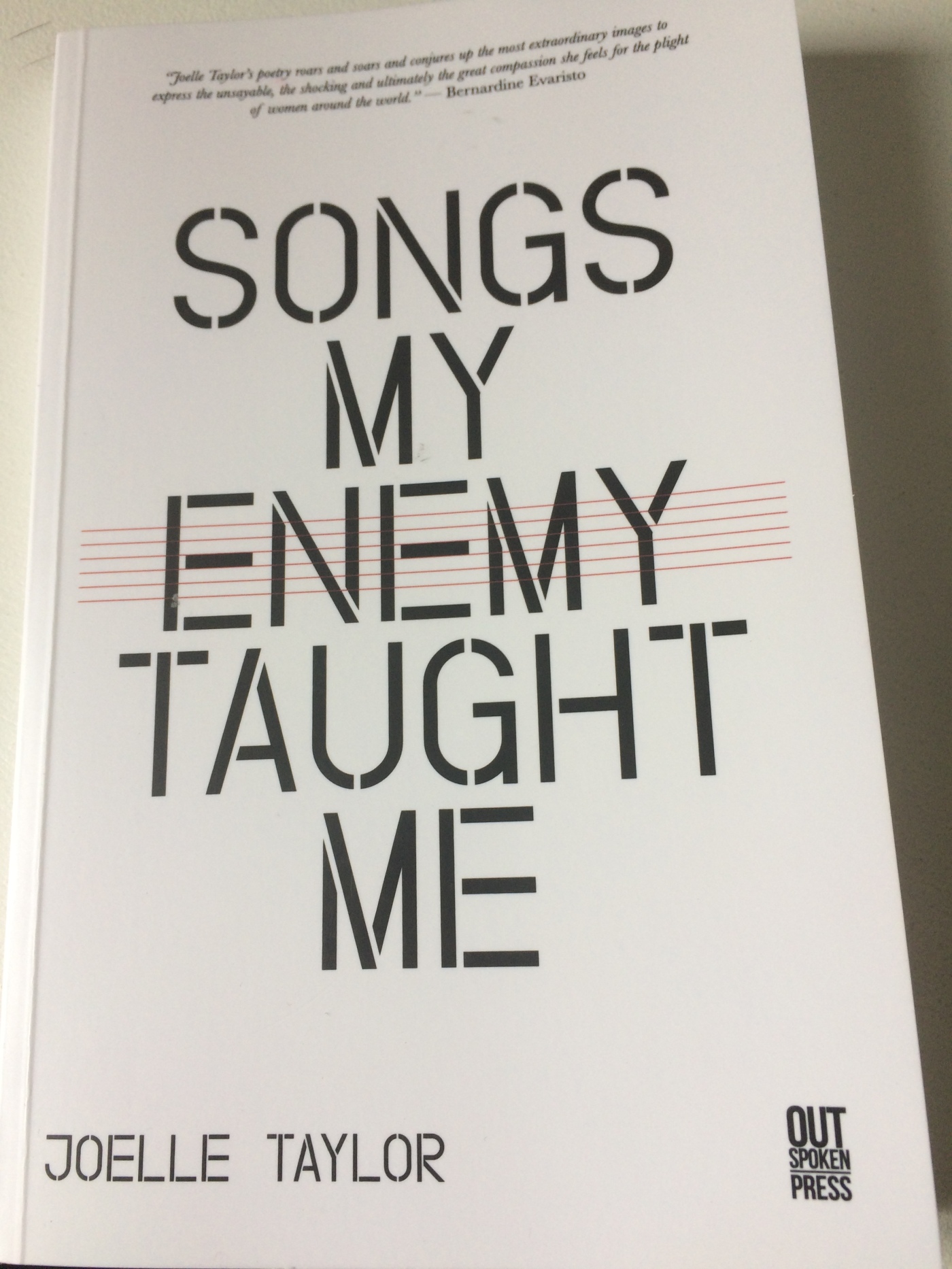 I had never heard of Joelle Taylor before Wednesday night. The fault is entirely mine. She has been active and high profile – particular in performance/SLAM poetry circles for ages. The testimonials in the book let me know what I’ve been missing – she’s an FRSA (Fellow of the Royal Society of Arts); she is on a GCSE syllabus; and has done extraordinary work with women from extraordinary situations – prisons, refugee groups, girls at risk of FMG.

The first thing to deal with is, I guess the performance vs written poetry thing – which really shouldn’t be a thing – its not a binary choice. The point is, is the thing in front of you good quality or not? In the case of poetry this means, are the words good; are they well chosen; well put together with other words; do they move you, alarm you, startle you. Do they achieve what the poet sets out to do – interest the audience, entertain them (in the broadest sense)…really just make them want more – rather than wanting someone to make it stop.

Taylor does all of that, she is hugely engaging live, she is a torrent, an energy (and given that she is about my age, I’ve no idea how she finds all of it), but the words also stack up when written down. The book is a tour de force. Many writers show you scars, old wounds, Taylor pulls the wounds apart – presumably night after night – to show you the guts, the damage, the raw ugly truths she has experienced herself and that she has listened to others recounting. This is not for the faint-hearted and is all the better for it.

This would be an excellent companion for the rather marvellous “#MeToo” anthology.

She is also generous in allowing the voices of other women room in the book – and the concern about the eradication of the female voice from histories is both a recurrent theme in this work and becoming a recurrent theme on this blog. She introduces a series of Landays – a Landay being a traditional Afghan form of short poetry/song; 24 syllables in total, usually 9 in the first line and 13 in the second. The word “landay” means a short poisonous snake. An example as told by Basira Heemat:

There are really too many good lines and startling images to know where to begin in this collection when looking for things to quote. It is hugely, righteously angry, she is reinserting the female voice into our narrative and in doing so is saying “no” or “no more” to an awful lot of injustices whilst also saying “yes” to alternative futures. She is taking on history.

Buy the book, its good, but more importantly, if you get the chance to see her, to hear her live, take it.

Perhaps just the one quote, the first line that jolted me when hearing her, it is from Canto, which is a long powerful piece about Taylor’s own history of being raped when aged 12 in a hotel, that was only place her family could get shelter when on benefits after her father was made redundant. The morning after the rape, which was apparently carried out by ‘men in uniform’ who were the only other residents in the place, she is imagining the scenes around her as a series of photographs: