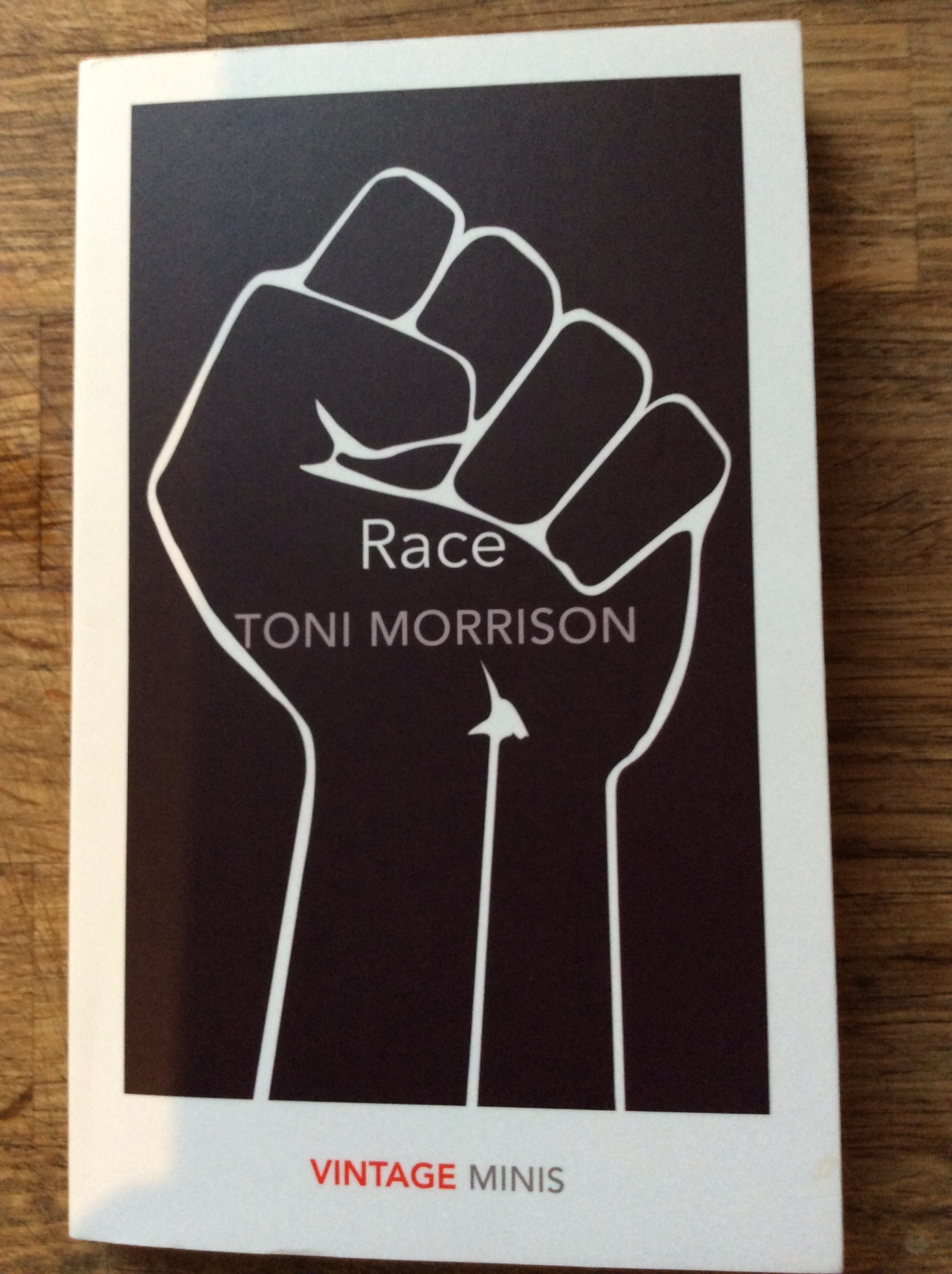 In the middle of reading Eddo-Lodge’s book ‘Why I’m No Longer Talking To White People About Race’, I dropped into a second hand book shop and there on the counter was this by Toni Morrison, for two pounds. I didn’t know that she’d written essays on race but thrilled at the serendipity I picked it up.

Several days later, I finally checked it out properly. It wasn’t a bunch of essays, just some clips from a couple of her novels. And I felt gypped.

Then I thought about it a bit more a realised, I have some unplanned Toni Morrison fiction in my hand, don’t be a fool, just read it. It was of course marvellous. Extracts from SongofSolomon, Beloved and TheBluest Eye, all chosen to illustrate the great wrongs in America’s racially divided history…through the small incidental things of daily life, rather than being beaten over the head with politics. If these novels, or even Jazz aren’t on your bookshelves already, if you haven’t leant them to family and friends, then you are missing one of the great writers. And you are depriving family and friends.

There is a short story and a very short essay – under four pages – to round things off. In the essay entitled, ‘Making America White Again’, Morrison argues that one of the central pillars of ‘Americanness’ is wrapped up in a sense of its ‘whiteness’ and that this ‘whiteness’ conveys innate superiority. Going on to say that it is the fear of the loss of this superiority that causes white men (mainly) to abase themselves through their various acts of cowardly violence: ‘Much as they hate their behaviour…they are willing to kill small children attending Sunday school…And shameful as such demonstrations of weakness are, they are willing to shoot black children in the street.’

The essay is angry, arch and sarcastic and links this theory to the modern political situation, whereby these scared people debased themselves in their millions and ’embraced the shame and fear sowed by Donald Trump.’ The candidate she reminds us ‘whose company has been sued by the Justice Department for not renting apartments to black people.’ She finishes by paraphrasing Faulkner, saying that once again the ‘American family’, in fear of losing its ‘whiteness’ by acknowledging even ‘one drop of black blood’, would rather choose murder.

If you find this book in your hands, as I did, it is worth a couple of hours of your time.