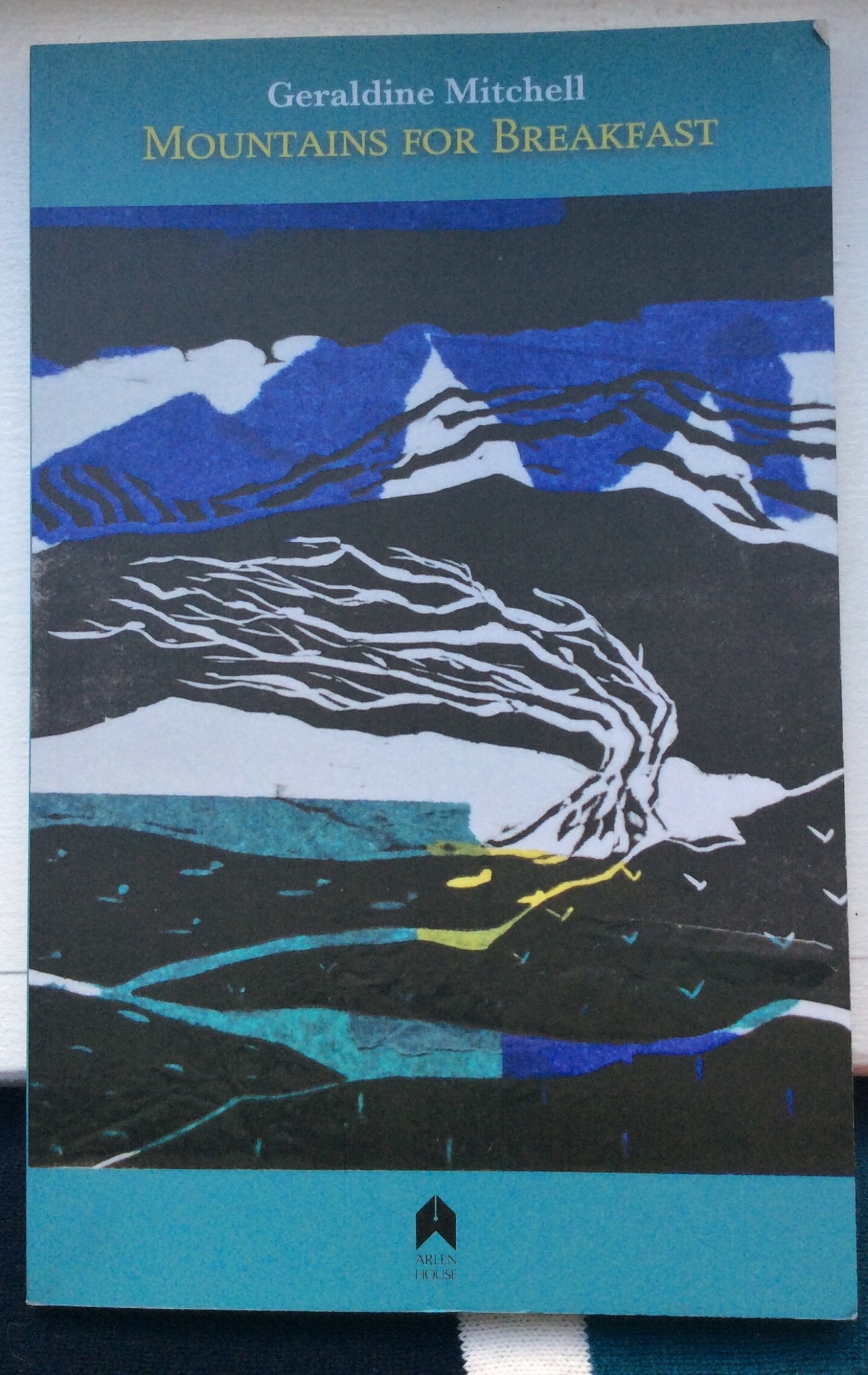 This is a collection of gently assured poetry; poetry of time, loss and accommodation. The poet allows herself to notice time passing and records it in beautifully simple language. There are few pyrotechnics here. The things that last much longer than we do, the stones, the trees and rivers are our markers. Our fragility in comparison is noted with a clear eye and no little empathy.

Some memories, “Remote Capture” or “Under Water” are warm evocations of moments from childhood, even if the latter involves falling into a canal unnoticed by parents who “…kept on reading in the car, oblivious…”

We’re red and brown and/ tousled, open-mouthed and laughing,/ …as we lurch/ towards the camera’s timeless eye.

Other memories are more difficult, the ghost of the mother “gone these twenty years”, the accident in “How the body remembers” that leaves a loved one in an ambulance, the ageing process is denounced for the “Sneak” that it undoubtedly is, while “Named” remembers the afternoon when the word Alzheimer’s was spoken and while it is not plainly stated it is hard not to read “Burrow” as a continuation of that theme with the seen “…entrance to the burrow of your skull…” that is “…dark and filled with absence”.

A four poem sequence on loneliness, takes “stone” as its central image, from number three:

Stone lies in the riverbed/ on a cushion of mud/ in the comfort of muffled sound// it feels the thrill of/ water rushing head/ long over it.

The sequence that first caught my eye however is the eight pages that go under the heading “Discredited form, Discredited subject matter” and apparently record random thoughts, half sentences, verbal snap shots all taken throughout the month that was January 2015, much of which appears to have been spent on the west coast of Ireland. For example, the entry for 3/1 reads:

The road runs with/ braided water. I lie/ thinking about verbs,/ Annie Proulx, her/ strong use of.

Twenty past eight and day barely/ here. Only the ghost of Clare Island/ and yards of surf.

I wake to a power cut…porridge and coffee by candlelight

The final few poems, weighted with titles such as “After the Funeral”, “Lost Negative”, “Counsel”, “Woman Alone” and “Grief” chart their own way with purpose, mapping the pain but also, as in the final poem, “Sometimes magic happens”, hope. This poem ends:

Deer leap into the road/ just as it says on the sign// and a bus driver juggles apples/ as he waits for the lights to change.

A marvellous quiet collection full of the emotions that make us.