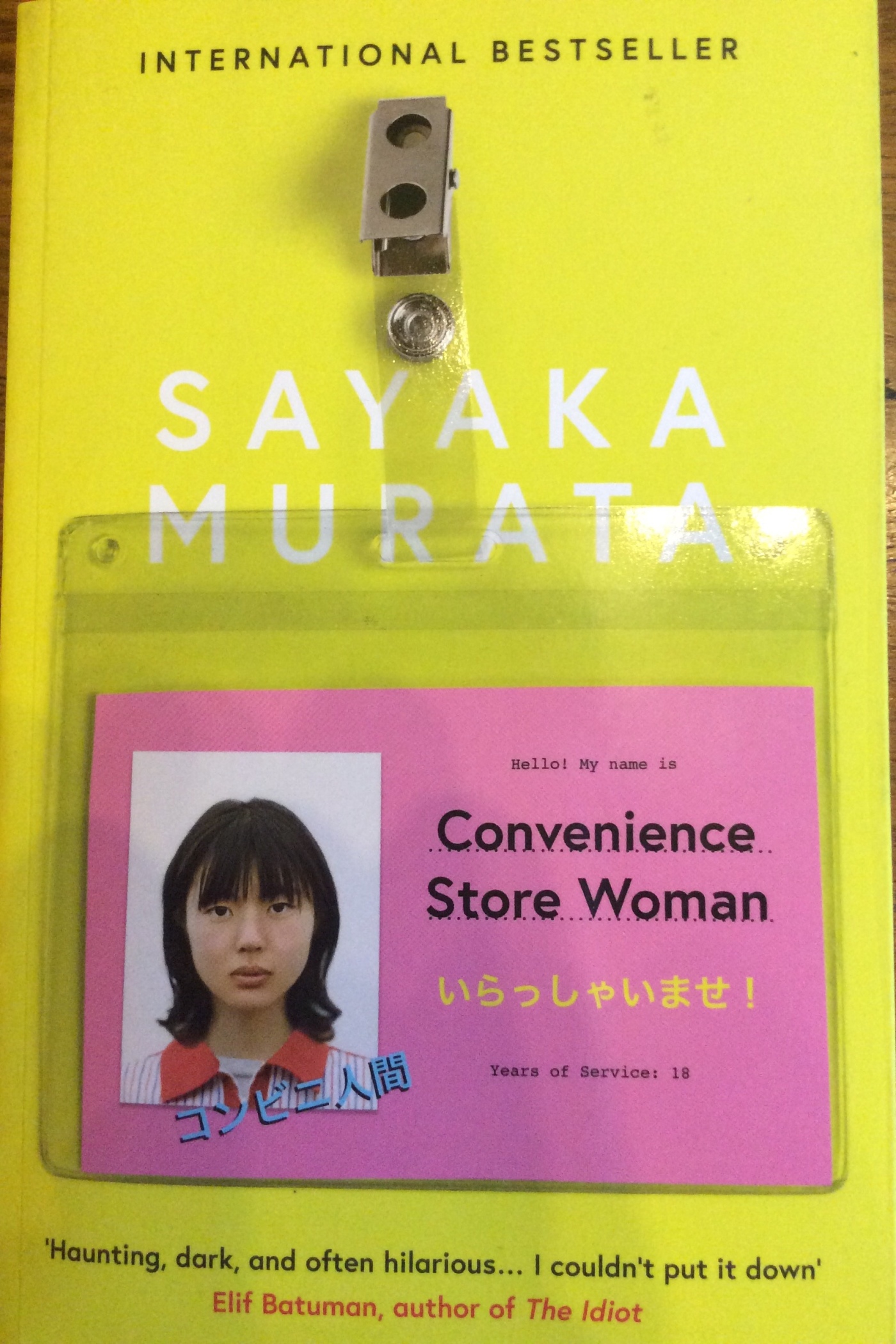 “I had judged everything on the basis of whether it was the sensible thing to do for the convenience store, but now I’d lost that standard. There was nothing to guide me over whether an action was rational or not.”

Truly absurd, this slim novel is delivered in deadpan earnestness by the narrator, Miss Furukura, who is 36 years old and has worked part-time in the same convenience store for the last 18 years, since the day the store opened. She has seen seven managers come and go and countless shop floor colleagues, who she trains and trains and trains again in rotating the cold drinks in the fridge on the warmest days of the year – she checks the weather forecast before leaving for work, to get ahead of the game – on pushing the store’s latest promotion, on the six rules that convenience store workers should always be thinking of and of course of greeting every customer with a loud and cheery “Irasshaimase”.

She was by all accounts a peculiar child who found herself unable to pitch her behaviour at the right level, that expected by the people around her, and frequently withdrew into silence, where at least she couldn’t get answers wrong. Now everything she does is to be the best she can be to serve the store: from eating and sleeping well, to personal hygiene and grooming. She sounds ominously and hilariously close to a citizen living under the yoke of Orwell’s Big Brother.

In all those years she has not had a boyfriend, nor has she been for an interview for a different job. Her sister, married with a young child, has all but given up on her. Instead of pushing her to change anything about her life, she helps Miss Furukura to come up with simple ‘excuses’ to enable her to answer any socially awkward questions about marriage, career, even her (nonexistent) sex life: these are described as simple, so that she won’t forget them or get caught in the lie.

Then one day she arrives at work to find another new employee, a skinny, thirty something college drop out with dreadful manners. Shiraha does not last the week at the store but he creates a change in Miss Furukura. She invites him to move in, he sleeps in the bath, demands food and has no sexual interest in his host. She hands in her notice…

Written by Sayaka Murata, who the back page tells us is 38 and works part-time in a convenience store, this book is gently, mundanely, savage.