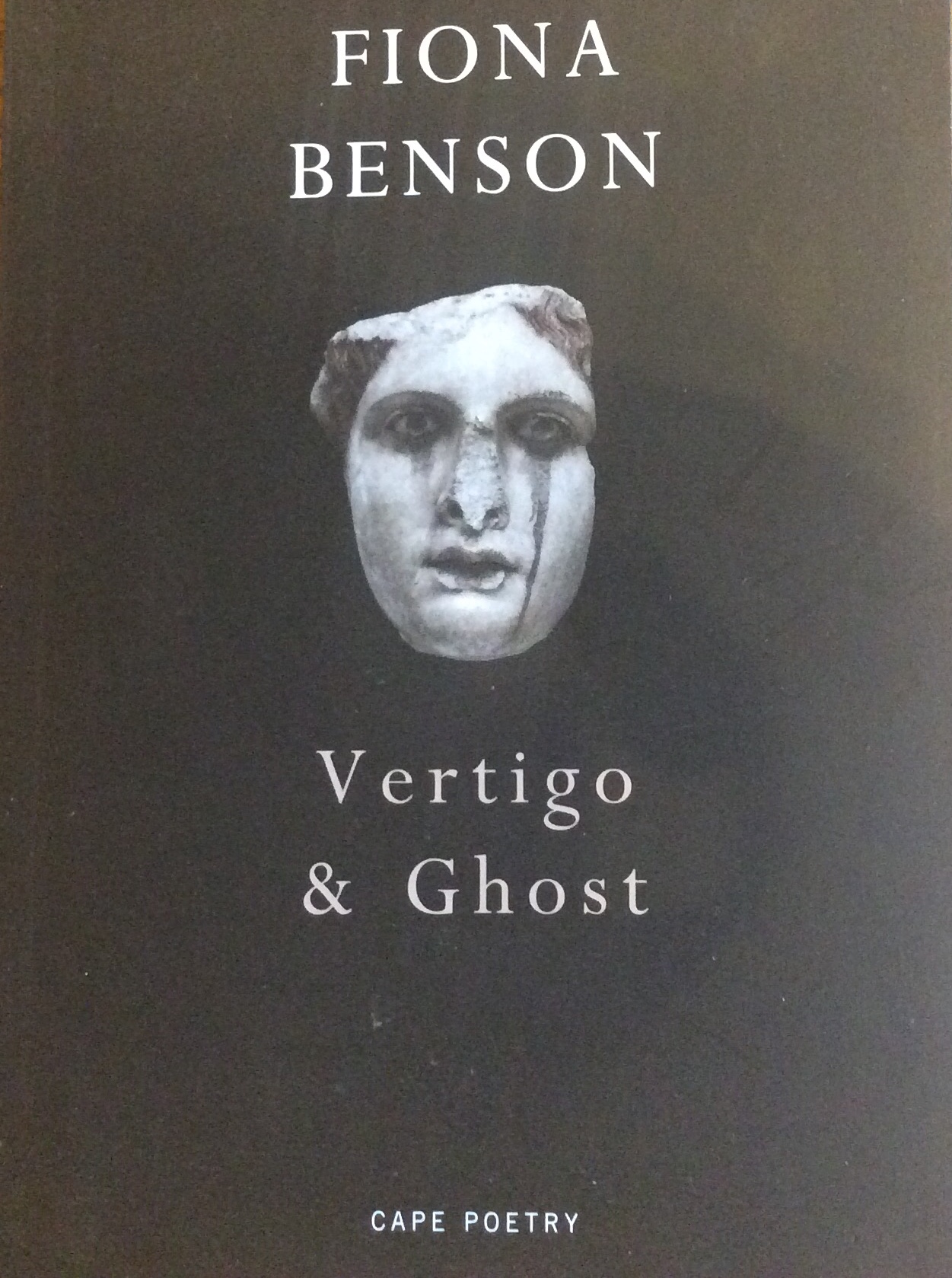 If ever there was a book of two halves, it is this one. The first half is a ferocious howl mixing the modern with the world of Greek Mythology, the second deals with Benson’s domestic, personal and family life, including several visceral and beautiful poems around pregnancy, birth and observations of her daughters.

There is a single poem prologue of sorts, ‘Ace of Bass’, about the ‘summer the hormones poured into me’ and although the ‘sex wasn’t there yet’, ‘it was coming/ and we were running towards it/ it’s gorgeous euphoric mist’.

Part one, is a Sarah Kane monologue raging against the many and various trespasses of the Greek gods, principally, Zeus. The page barely contains its anger, it shifts shape, font, capitalisation and in ‘transformation: Cyane’ circles in on itself. Zeus is tasered, on parole, fitted with an ankle band before delivering his view of the rapes he has committed. A targeted victim runs, she takes drugs, he comes to the safe house…then comes the forensics. This intense section finishes with a female voice telling us ‘I am still afraid.’ It is an incredible piece, when read as one, not simply for the vision and the realisation but for the anger sustained through out.

Part two, is necessarily I would think on the poet’s behalf, a different thing, in a different register. What is unavoidable, is the conclusion that Benson is drawing the link between the lives of women today and in particular her hopes and fears for her young daughters and the unending violence (and blaming) against women personified in Zeus and the myths that hold him.

There is loss in the opening poem, ‘Dear Comrade of the Boarding House’, in ‘Almond Blossom’ she trusts ‘that spring will be a green havoc/ as the trees burst their slums’, other nature is present in sparrows, bats, a toad and a fly. ‘Song for the Rabbit Man’ is that wonderful thing, a beautiful poem on a subject most would recoil from (and in that it prepares the reader for ‘Placenta’), the butcher skinning rabbits.

‘Back at his shop he eases each corpse/ out of its coat like a lover,// tender to all the weeping cisterns of the body,’

‘The buck’s lean meat/ with its dark placental taste of roots,/ is iron on the tongue,/ a quick thing gone, beginning.’

The following 20 pages with their 16 poems are conception, pregnancy, birth, ‘afterbirth’ and ‘placenta’ followed by the early years, there really isn’t enough room or patience (of any reader of this) to go through the many and various outstanding ideas and lines here…but they are wonderful even to someone for whom none of this is a possible part of life.

The final poem of the book ‘Eurofighter Typhoon’ is superb. The domestic idyll of a mother cooking, with the kitchen door open onto the garden, half an eye on the young girls playing there, when the elder child runs in having been spooked by the roar of the approaching jet, causing mum to hurry out to the younger, not wanting to hurry because that will startle her, but wanting to rush nonetheless…then comes the fighter overhead with its

‘metallic, grinding scream/ like the sky is being chainsawed open,/ and the baby’s face drops to a square of pure fear,/ she tips forward and flattens her body to the ground…’

She tries to soothe the child telling her it’s alright, ‘but it’s never all right now’ and finishes with a universal plea for mercy in a world where there’s,

‘always some woman is running to catch up her children’