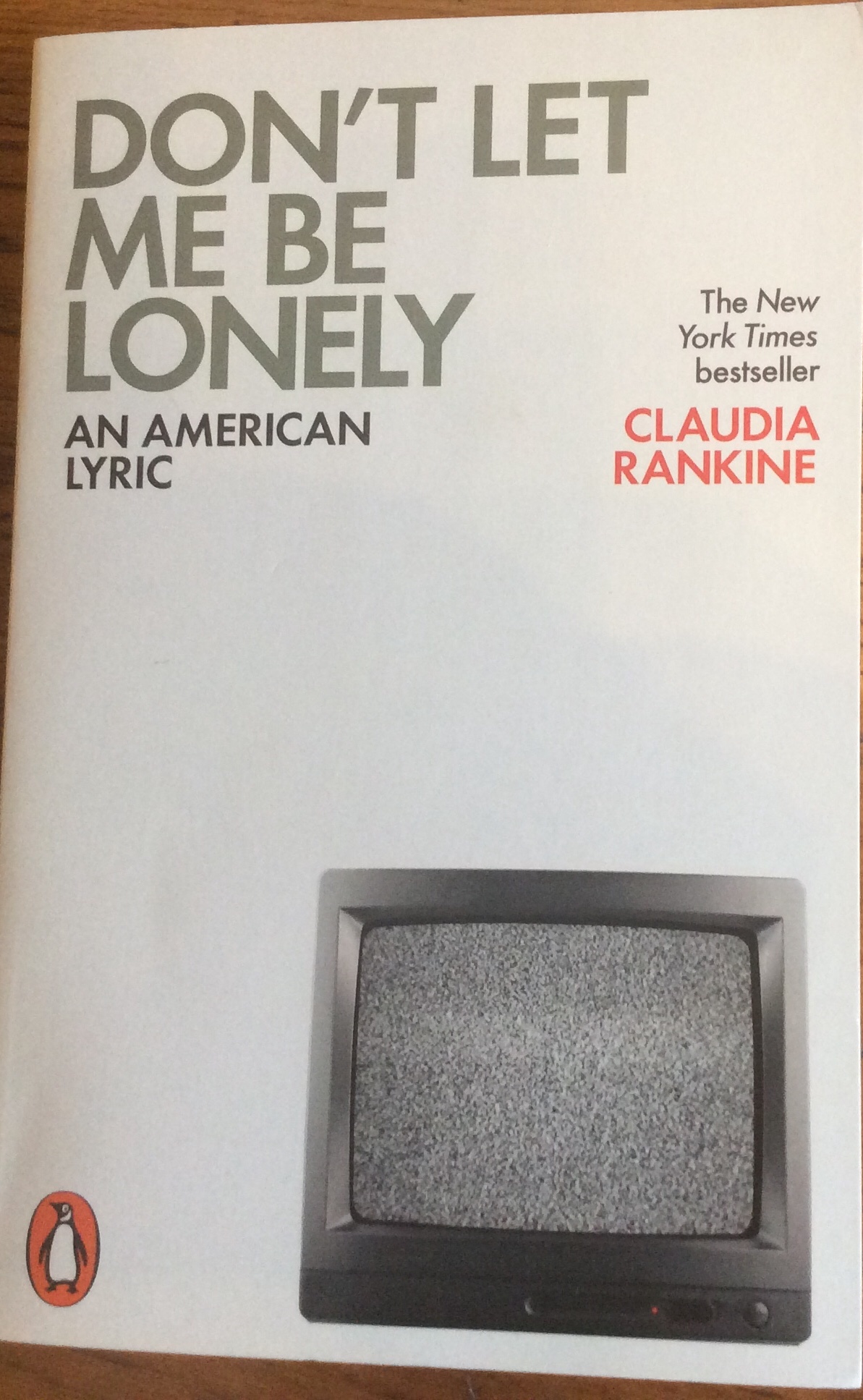 First published in 2004, so before the incendiary ‘Citizen’, and I suspect this edition rides a little on the tail of that comet, ‘Don’t let me be lonely’ deports itself in a similar vein. It is episodic reportage; highly concentrated monologues; you might even say, distilled. As to whether it qualifies in some people’s minds as poetry, probably not. Does that matter, probably not.

Like ‘Citizen’, it is visceral, it is urgent and it is heartfelt. But it feels somehow less focussed. It is angry or shocked about several different things and has telling comments to make on many of them. Perhaps the overarching theme is how, in this crowded non-stop world of 24/7 access, there are still millions of fellow humans who experience, prolonged and profound spells of aloneness, a lack of meaningful connection.

Her mother loses a child, her father loses his mother and ‘is broken’, a friend dies of breast cancer after a misdiagnosis some years before. And alongside her sadness at loss, there is its sibling, forgetting.

She is prescribed sleeping tablets. Then the dose is raised.

She notes the game in the British Museum that asks Yes/No questions, you have to answer ‘correctly’ to progress: the correct answer to the question, ‘We’re you terribly upset and did you find yourself weeping when Princess Diana died?’ Is apparently not ‘no’. Meditations on the state of elections in the US, the lack of repentance shown by Timothy McVeigh, depression, the efficacy of drugs prescribed to contain depression, ‘the liver’, an argument about Coetzee’s novel ‘Disgrace’, the deaths in a car crash of her brother in law and her sisters children…all follow.

And inevitably given the date of publication there is a piece, a strong piece, about the Twin Towers. How rain, three days after the attack, didn’t clear the smoke. There is a rank smell in the air. There are rows of photos of the missing taped to the sides of buildings. Followed by Hegel on the use of death by the state, ‘…a threat to keep citizens in line. The minute you stop fearing death you are not controlled by governments.’ And how this takes us through terrorists those embodiments of ‘the state beyond…of freedom’ to Antigone.

Before finally riffing on Celan’s assertion that there is no difference between a handshake and a poem: both contain the statement ‘l am here.’