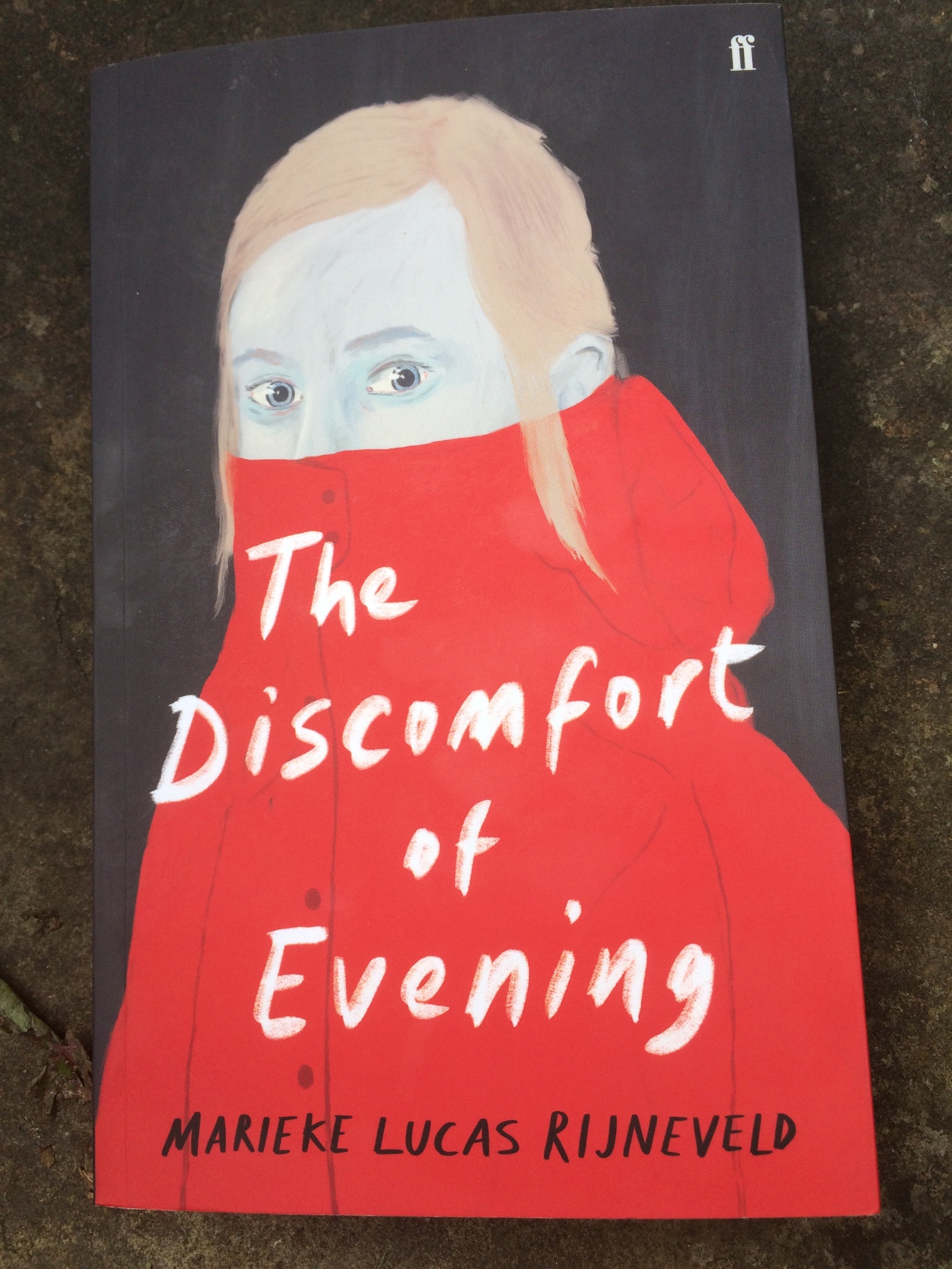 Imagine you are a 12 year old Dutch girl, living with your parents and 3 siblings in an Orthodox Christian farming village. It is approaching Christmas and animals are bring fattened for slaughter and you start to get nervous about the times you see your dad giving your pet rabbit little bits of extra food. You think he is being fattened as well. You ask God, “…if He please couldn’t take my brother Matthies instead of my rabbit. ‘Amen.'”

And God hears you.

This first novel from Rijneveld has been winning awards and garnering a lot of publicity. The writing is simple and clear, easily carrying what may be described as a child’s understanding of the world. There are some standout killer phrases all over the book, and here credit must be given to Hutchison, the translator.

“…pulling our heads into our pyjama tops like snails in search of protection.”

“…we’ve invited this sin in, the way we once let in a stray cat. We put it in a walnut basket  behind the stove and fed it milk and crusts until it grew stronger. Neither Hanna nor I is going to be saved now.”

Jas, the girl, is bored with the religiosity of her community. She watches the old people in church, hoping that one ‘will fold in on themselves like a prayer book…’ and keel off the pew, meaning someone has to carry them outside for air…just to offer some light relief. She spends a lot of time searching for toads, catching and feeding them in the hope she might see them mate. She is worried that her parents ‘no longer seem to mate’ and indeed, that her mum may be ill, because she appears to have stopped eating. While Dad always smells of the cows he farms. And, she is starting with puberty. She is noticing strange ‘tickling sensations’ somewhere underneath her belly button.

She develops strange behaviours after her brother dies: pushing a drawing pin into her stomach; an extreme episode of quasi-sexual experimentation which very nearly does serious damage to a friend; she is convinced that there is a family of Jewish refugees living in their basement, having never come out after the end of the war, and she believes her mother is surreptitiously feeding them; never taking off a favourite coat…and she is constipated, something her father tries to remedy with soap! You need to read the book.

Much of what goes on here is apparently based on Rijneveld’s own history; they were raised in the Orthodox church, they do (still) live on their parent’s cow farm – where they help with the animal husbandry. They are also a prize winning poet. And sickeningly for all that achievement, still not 30 years old.

“…according to the pastor, discomfort is good. In discomfort we are real.”

It is a dark and beguiling read.