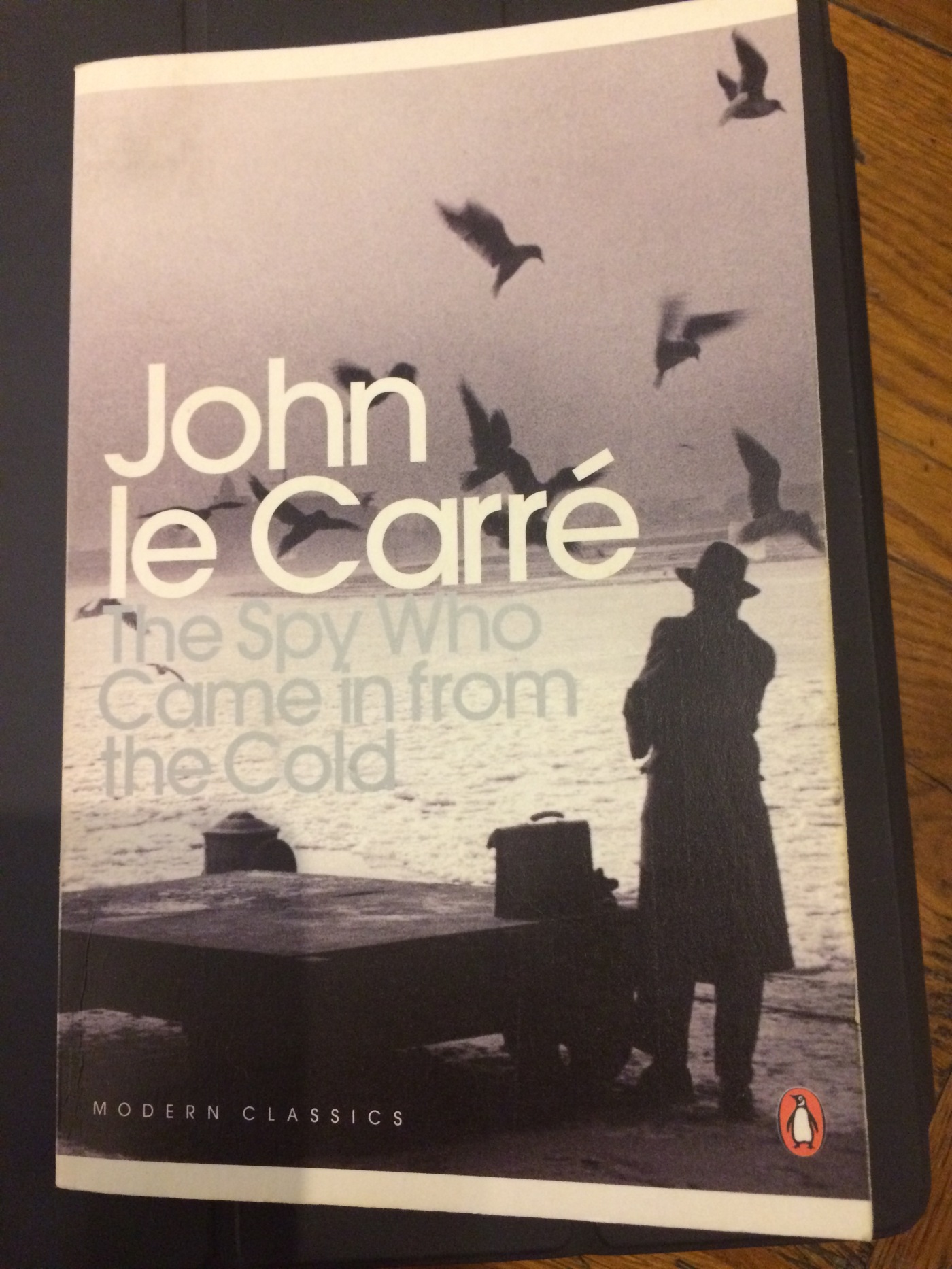 Obligatory, given recent events, but a pleasure nonetheless. A taut pleasure, a man virtually inventing a genre and giving us a gripping ‘adventure’ at the same time. An adventure that exposes new layers as the story progresses, repeatedly making you double-back on your initial perception of events or the things people said. The economy of expression is admirable, the terse conversations almost devoid of emotion. The embodiment of a ‘certain type of chap’, who never gets flustered. Stiff upper lips abound. People, their lies and misinformation slip across frontiers in Cold War Europe, perhaps informing decisions at higher levels. Plus of course the unspoken truth behind all these types of tale, the we (the west) are as vicious and untrustworthy in the pursuit of our interests, as “they” are: you can adjust your understanding of who “they” represents depending on when this is being read, in this book it represents what was then known as the Eastern Bloc.

It is hard 60 years on not to indulge in a nostalgia for this world, which on a certain level does seem to be simpler, to be divided into identifiable good guys and bad guys, a world where the different versions of “the truth” can be explained by ideology, propaganda as opposed to today’s far more mendacious position somewhere between an acceptance of “multiple truths” and the idea of that the existence of “any truth” can be challenged: it seems it will be impossible to re-bottle this genie. Scratching the surface you get a sense of a dreadful nihilism that lies at the heart of the actions of the people portrayed: they simply don’t care about the human costs. There is also a sense of being puppets in a game few of them understand (fully) – the only truly authentic or autonomous act in the whole book would seem to me to be Leamas’s final one.

Briefly, Leamas, “the Spy” beats a hasty retreat from his station in Berlin, following the shooting of a contact for attempting to cross to the west. Appearing to the world to be washed-up and exhausted by the life, he takes a job in a London library, slips into slovenly alcoholism and takes – somewhat diffidently – a younger lover, Liz. Events conspire that he must try to re-renter the Eastern Bloc by way of contacts and a safe house on a bleak Netherlands coast, until such time as he can be smuggled back in and deal with the consequences of his actions.

It also gives us what was then (1963) clumsy propaganda transformed by time and vicious slash and burn political practices, into today’s reality in the UK: the East German prison warder goading the English prisoner: “The workers are starving in England…The capitalists let them starve.”

After reading the novel I enjoyed both William Boyd’s introduction and Le Carre’s afterword, in which he describes the writing of this, his third novel, in any free time he could muster in a five week burst of creativity at a time when he was questioning his career (as a spy), his marriage (both of which he left shortly after) and the idea of a life-path that had been set out before him, some of which by his own hand.

If you haven’t previously read any Le Carre, then start here. It is both a touchstone for much of what came later from his pen and a satisfyingly brief but fulsome read.