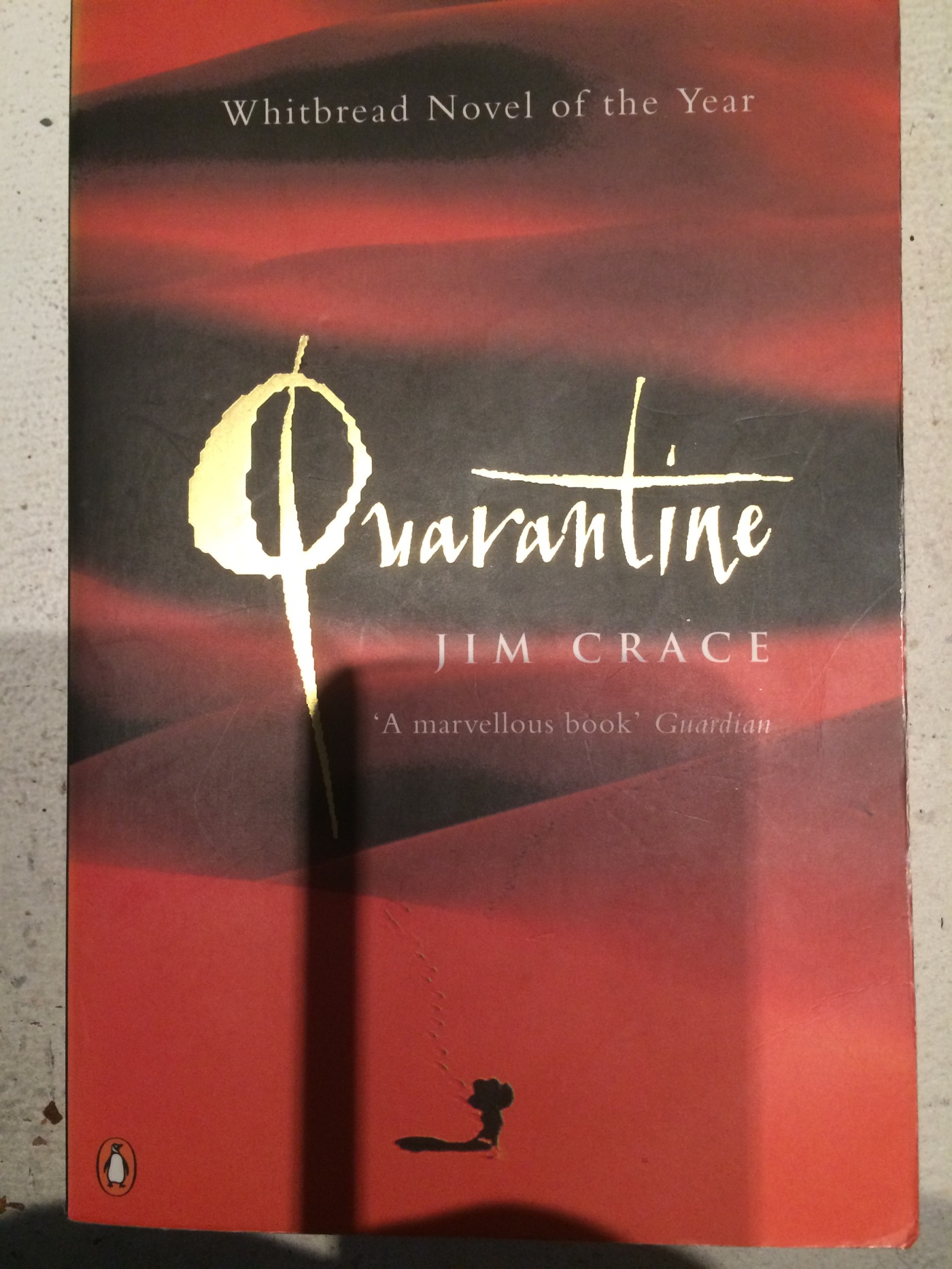 First read some 20 years ago. My memory of it as something sparse; a re-telling of a bible story with hunger and thorns and dry cracking lips and a resistance to the Devil’s overtures. I remember being impressed by the daring required to retell that story but also by the elan with which it was done. It is one of the first things I remember reading that pared language back to its bones.

Crace’s austere parable has lost nothing of its punch. There are seven characters all making their quarantine / fast in the Judean desert:

They are archetypes and they bring their generalities into the wilderness with them. They form a community of sorts, with a pecking order instigated and enforced by the devious, and immense, trader Musa, who charges the others rent for their space in the desert; “his desert”, “his caves”. As he charges them for their food and water “just a sip, just the tiniest sip“, is all he repeatedly asks. All bar Jesus who does not respond to them, instead turning inwards.

Jesus, or “the Gally” is described as intent on following “Achim’s ‘The Task of Not’, the discipline of wanting nothing from the world. Seek wakefulness instead of sleep…pain instead of comfort…and only look for the peace that is found in wretchedness and not the peace that’s found in love.” (130) He comes to believe that Musa is an incarnation of the Devil and resolves to resist.

“Perhaps it was a blessing that Jesus’ spirit fell apart before his body did, because if it had remained intact as he grew thin and weak on fasting, he might have tried to escape the folly of his unbending quarantine.” (158)

The novel is a terrific thing, wholly and brilliantly contained within its own logic of privation and mirage / hallucination and people seeking their own disparate salvations. I did feel that the poor donkey got a rough deal.