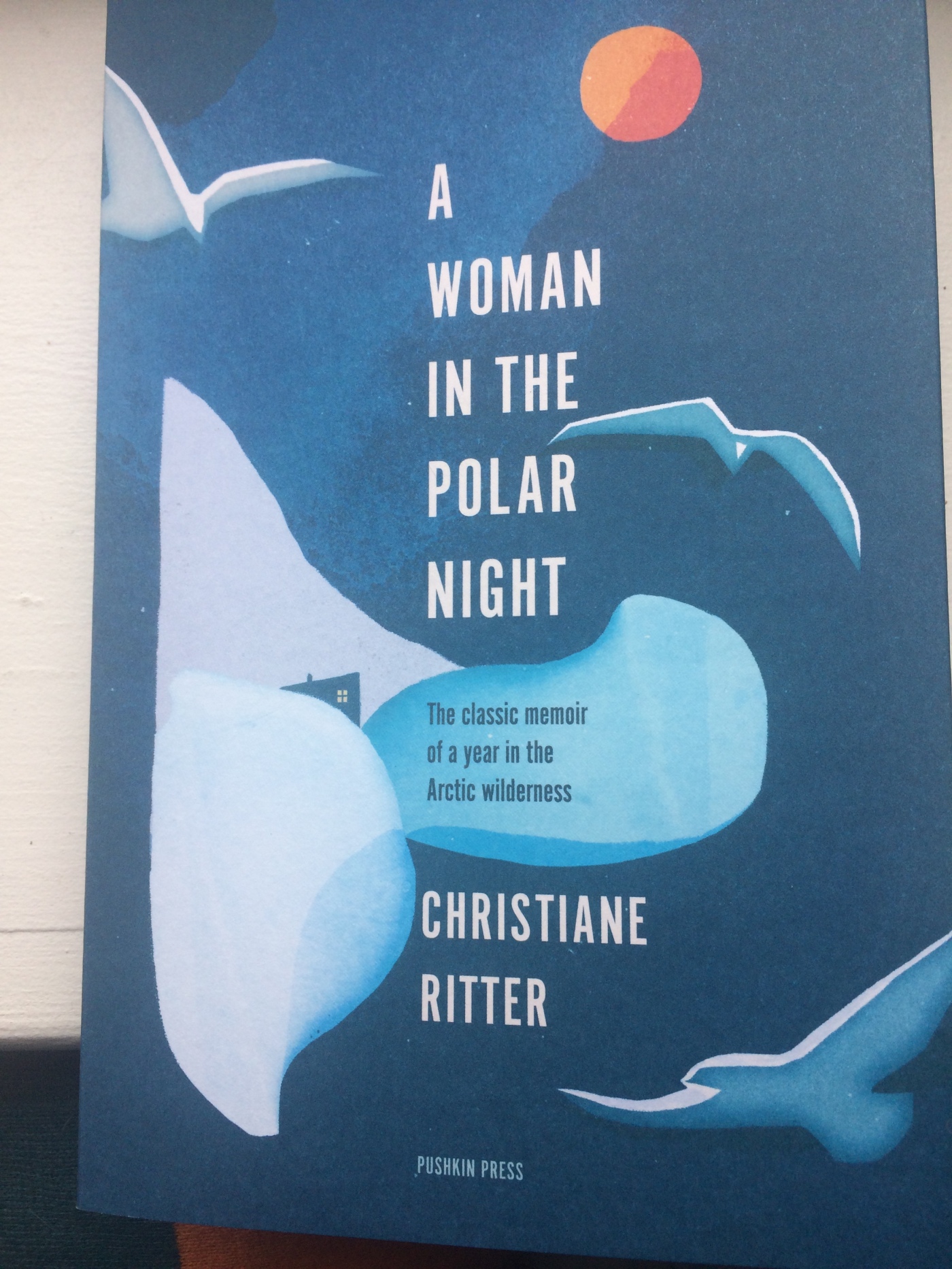 “We were seized by an uncontrollable longing for remote places. We want to go further and further into the Arctic lands, the island in the ice, the frozen earth, which is still lying there as on the day that god created it. Europe, and everything that binds us to Europe, is forgotten. We have a wild longing, more urgent than ever before, and stronger than all reason and all memory.“

Written in 1938, this is one of those books that should be really famous, that you should know all about, but in all probability do not. I heard of it first through a friend’s recommendation a few weeks ago. And now I’m telling you all.

Christiane Ritter left her comfortable middle-class life in Vienna, where she was an artist, to join her husband, Hermann, who had been living as a hunter on Spitsbergen, after initially visiting as part of a scientific expedition. Over several months, perhaps a couple of years, it seems unclear, during which he repeatedly sent his diaries home to her and wrote, telling her to leave everything as it is and join him in the Arctic. One day in 1933, at apparently very short notice, she did just that.

The description of the life they shared – along with another hunter called Karl – in a small, ramshackle hut near the northern coast of the main island (it is an archipelago) almost defies belief or understanding (the pair of photographs at the close of the book, of the hut in summer and buried under winter snow, are almost unbelievably taken from more or less the same spot): a winter devoid of the sun for over 100 days; temperatures down to minus 40 degrees; hurricane strength winds; snow so deep in winter that they had to dig themselves out of their hut, each morning; inches thick of ice inside the walls of the hut; living mainly on dried (black) seal flesh; the condensed milk supposed to see them through the winter, freezing solid in the cans; not to mention the danger of falling through ice, off cliffs, down crevasses while crossing glaciers and of course polar bears drifting in on the pack-ice and hungry, etc.

Ritter also waxes lyrical about the beauty of the place – the opening quote comes from almost the last page of the book as they were preparing to return to Vienna – the northern lights, the silence, the calm of watching the sparse animal life and the other-worldly sense of peace she felt there.

An extraordinary real-life adventure told by a woman from a time when women “didn’t do” this sort of thing. And she was clearly none the worse for it living to be 103 years, covering, remarkably, the entirety of the 20th century (1887-2000).