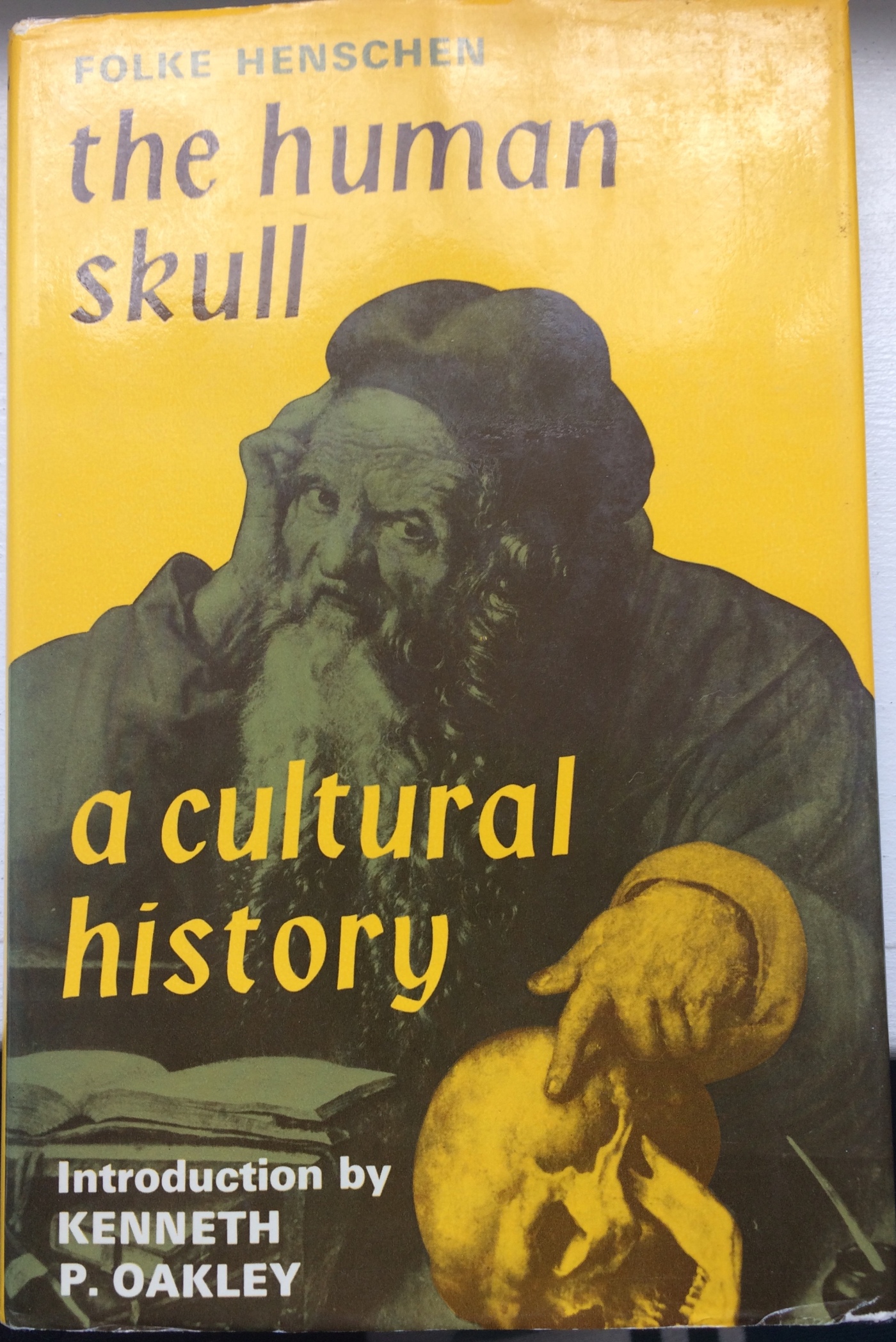 (written by Folke Henschen; translated from Swedish by Stanley Thomas)

I saw this book flash up on someone’s social media page and for some reason just thought “yes”. I hunted it down and pretty swiftly I owned a second hand copy.

Published in 1965, some of the science is no doubt out of date, as is some of the language and social attitudes represented. The main items of interest (for me) were: the often macabre things societies used to do to the heads of their children – binding them, to warp (compress, elongate) their skeletal development, this was done while young as the bones were still malleable; discussions of trepanning, how widespread this practice appears to have been across many unconnected peoples of the planet, and how a surprisingly large number of patients lived for a good long time after the operations, despite what appears now to us to be a primitive practice with primitive tools and zero anaesthetic; the practice and importance of headhunting; and the cultural significance and uses of the skull – all the adornments and representations in art.

The most pleasing aspect of the book, is the use of diagrams, sketches and photographs (plates). And the brief dismissal of the “science” of Phrenology.